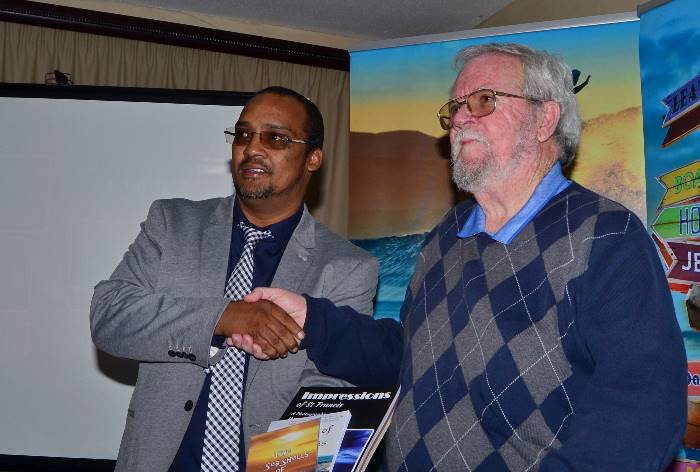 The Executive Mayor of the Kouga Municipality, Clr Horatio Hendricks, has commended Write-On publishing’s Frank Nunan on the publication of the two books “Impressions of Jeffreys Bay” and “Impressions of St Francis”.

Speaking at the launch of the two books in Jeffreys Bay last week, Clr Hendricks said the two books play an important role in the promotion of the Kouga Municipality and urged Write-on Publishing to consider looking at other areas in the Kouga such as Humansdorp and the Gamtoos Valley for future projects. He said the municipality fully supported initiatives such as these and was willing to work with any stakeholders who undertook to promote the Kouga region.

Clr Hendricks was presented with copies of the two books, as well as copies of other books produced by Write-On publishing which dealt with the Kouga. These included “A Taste of St Francis”, “The Sea Shells of Jeffreys Bay” and “Humansdorp se Groei en Bloei”.

The launch, which was attended by about 70 people at the Seashells Conference Centre in Jeffreys Bay, was opened by former Ambassador Mzuvukile Maqetuka. 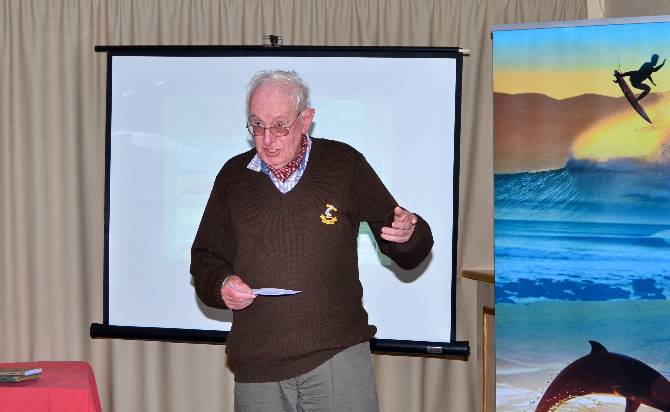 In his keynote address at the event, author and historian Bartle Logie said the Kouga region had so much more to offer potential tourists than the obvious delights of its beaches and scenery. He said that recent studies by an NMU team led by Professor Richard Cowling had made discoveries in the region which indicated that the southwestern corner of the Eastern Cape, including the Kouga, was the birthplace of Homo Sapiens – modern man!

Mr Logie also spoke about the extremely rich plant heritage of the region, with its fynbos, abundance of bulbous plants and aloes. He commended the work done by Write-on and the photographers whose work filled the pages of the two Impressions books, but challenged the photographers and the authorities to photograph and promote the “unknown” Kouga.

In his brief address, Write-on’s Frank Nunan thanked the mayor for his support of the project, and paid tribute to the photographers who had contributed to the project, especially Louse Creed, who took the majority of the pictures in the Jeffreys Bay book.

He also thanked the Estelle de Beer of Jeffreys Bay Tourism and Hantie van der Westhuizen of St Francis Tourism for their enthusiastic support for the projects and their sponsorship of the event.

The books are available from www.writeonpublishing.co.za, as well as from the offices of Jeffreys Bay Tourism and St Francis Tourism.

Email This email address is being protected from spambots. You need JavaScript enabled to view it. for more information.